3 animated movies to watch when you're discerning 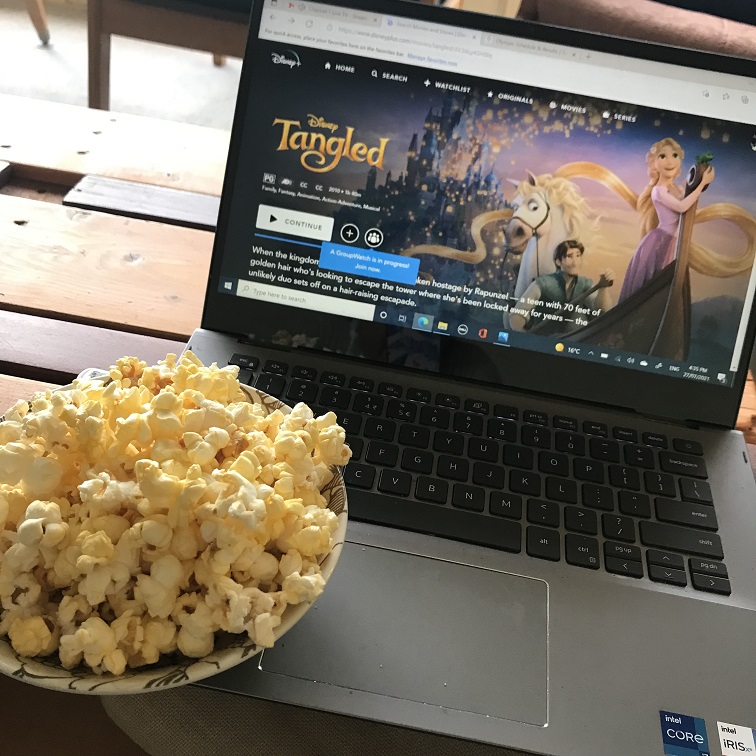 What is it about movies, aside from the popcorn or choc-top ice creams that you eat as you watch them, that draws people in? Perhaps it is just the genre of the movie, or the fact that our favourite actor or actress appears in it. Perhaps it is reciting every line of a childhood favourite, almost before the actor has a chance to say it themselves or singing along with a musical movie. Perhaps it is the fact that movies can increase our awareness of particular periods of history or social issues. Maybe it is a combination of these reasons and more, but for me what I love most about a good movie is the powerful way I can be drawn into a story, experiencing the journey of a particular character as they navigate whatever situation is before them. A good movie can draw us to consider what we might do if we found ourselves in the situation a character faces, and through that potentially teach us life lessons that we can apply in our own life.

When I think about discernment, I think there are some movies that are worth watching because they can highlight some important aspects or principles of discernment for us. So, grab your popcorn or choc-top and check one of these out today! (

An animated and updated version of Rapunzel, Tangled is a movie that encourages us to dream, and what is discernment all about, if  not dreaming with God and making that dream a reality as we step out in faith. Rapunzel, stuck away in the tower, with her ever growing long blonde hair dreams of her future, she dreams of more and of what she wants to see happen in her life. However, she is stuck in the tower having been told that the world is a dangerous place. Rapunzel starts off by singing to us about the way she spends her time, but also poignantly asking When will my life begin? (note to reader – God uses the present in a powerful way in our lives. When we are discerning our future, its important to remember that our life has already begun, and that it does not just begin in the future when our ‘’big’’ decision is made).

Yet despite her obstacles including her supposed mother’s desire to keep her confined to the tower, for the most part, she is a beacon of positivity and hope. When she gets the opportunity to leave the tower with Flynn/Eugene, bravely stepping into the unknown, she reminds us that this is also what we are challenged to do as we discern – to step out in faith even when we do not have all the answers. Furthermore, as Rapunzel learns to articulate her dreams to those she meets beyond the confines of the tower, she thereby encourages them to also sing of theirs.

So enjoy this one, maybe it be an experience, in the words of Rapunzel of 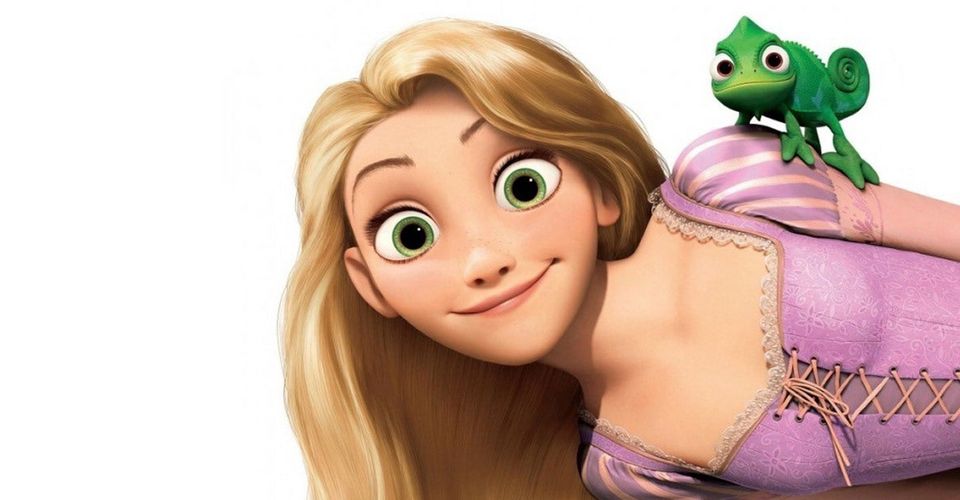 It’s where I’m meant to be.

And at last I see the light,

And at last I see the light,

And its warm and real and bright,

And the world has somehow shifted.

All at once, everything looks different,

Now that I see you. 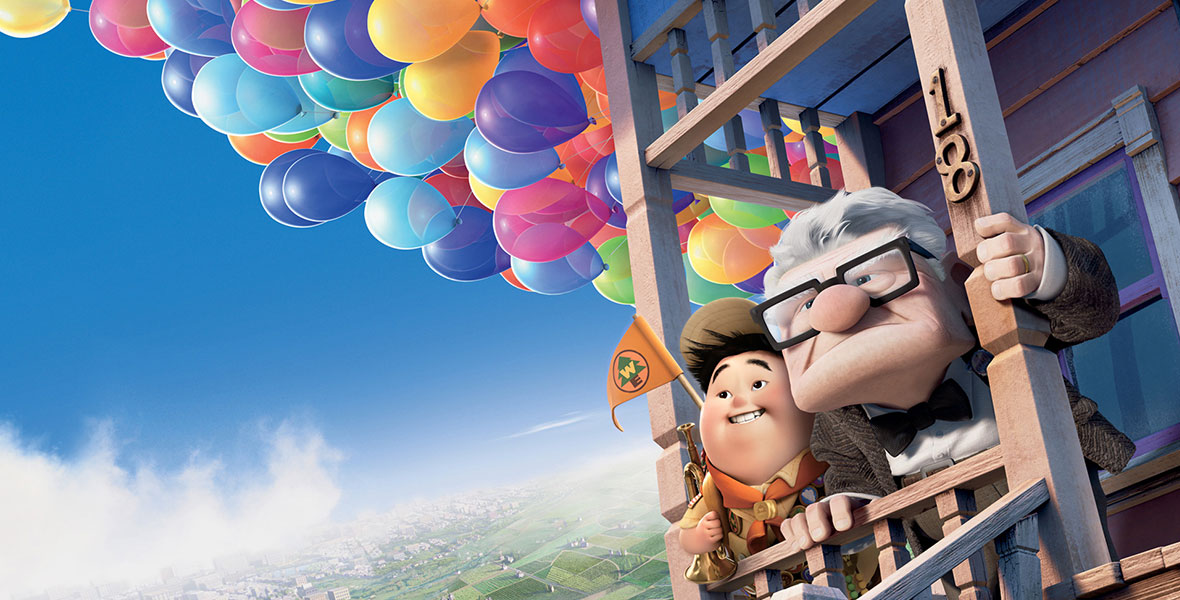 Carl, a retired balloon salesman who wants to live in peace and solitude and avoid Shady Oaks retirement village decides to take to the sky to fulfill a life-long dream to make it to Paradise Falls by tying thousands of balloons to his house. But little does he know an intrepid wilderness explorer named Russell who just wants his assisting the elderly badge has hitched a ride.

An unlikely friendship develops as a storm blows them all the way to South America before Carl is able to send Russell home. They find themselves opposite Paradise Falls, the very place that Carl always dreamed of exploring with his late wife Ellie. Working together, Carl and Russell begin to ‘walk’ the house over to the Falls, wanting to make it before the balloons run our of helium. Their journey sees them meet a bird named Kevin and a Golden Retriever named Dug, as well as a pack of aggressive dogs and they end up being taken to the elderly explorer Charles Muntz, who Carl had idolised as a child.

Without giving away too much more of the story, what is at its very centre is that Carl is motivated by love. It is the driving force behind his actions and adventures. Although the love he is motivated by is that of his Ellie, his story gives us a glimpse of what is possible when we are motivated by love. In our discernment journey, we are invited to dwell in the love of God, enabling it to be our inspiration, truth and reason for living. And just as Carl shared his life journey with Ellie, and albeit reluctantly with Russell, we’re reminded of the gift of journeying with others, sharing our hopes, dreams, vulnerabilities and more.

Moana grows up on the island of Motunui, a home that has an abundance of resources, purportedly everything that is needed to live a complete and fulfilled life – there is fish, coconuts, and more. The daughter of the chief, Moana is continually told that her island home is where she is meant to be and that there is no need to travel beyond. Yet from the beginning, there is a burgeoning sense within her that she is called beyond, that she is called to something more.

When the island is struck and the vegetation and fish begin to die, Moana decides to venture beyond all she has ever known to figure out what is happening, even against the advice and wishes of almost everyone else, particularly her father. She sings of her interior struggle and her desire to go beyond, telling us,

I know everybody on this island

Seems so happy on this island

Everything is by design

I know everybody on this island

Has a role on this island

So maybe I can roll with mine

I can lead with pride

I can make us strong

I'll be satisfied if I play along

But the voice inside sings a different song

What is wrong with me?

On a journey of discernment, we are called to trust our inner voice, sometimes understood as the Holy Spirit or the call of God within us, stepping out in faith, knowing that when we do this, we can often discover new things about ourselves and clarify our purpose, just like Moana did when she discovered that her people had been voyagers. Encouraged also by her grandmother, who tells her that the ocean chose her, she sets out on her adventure, bravely sailing away to bring new life for all her people.

So whether it is one of these animated movies or another favourite, grab your popcorn and start watching now. Ask God to use the story to surprise and encourage you in your own journey.